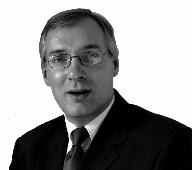 3D data models incorporate far more information for building services design than just a pretty picture. Brendan McFarlane of Data Design System explores the benefits of Industrial Foundation Class models for building services engineers.
In the early days of 3D modelling, the main benefit was to provide a more realistic visual representation than a 2D drawing, helping architects, building contractors, engineers and their clients to understand the final picture. While this certainly had benefits it only began to scrape the surface of the true potential of 3D modelling.

This potential is now being realised through the use of Industrial Foundation Class (IFC) data models, which include a wealth of information about the object or building beyond the graphical representation. This includes information such as design data, relationships between entities and the context of where the object is installed. Essentially, the visual model is just the tip of the iceberg.

Of course, if you are totally unfamiliar with IFCs, none of that will make much sense so it’s worth explaining how it all works before delving into the benefits for building services engineers.

So, to put this into a more meaningful scenario, an IFC model that is created in an architectural CAD package and then subsequently opened in a building services design package contains far more than just a drawing. All of the design information needed for the building services design is there – including design criteria, occupancy, lighting levels, space temperatures and U values of walls.

This is one of the major benefits of IFCs – because they allow all members of the design team to share information rather than just having access to the information that’s been sent to them by the architect or main contractor. It’s all there in the model.

This is possible because IFCs are truly generic in nature, they are not owned by a particular software developer they are vendor neutral and can be used in any IFC-compatible software. For those who haven’t got IFC compatible software, there is also a free IFC viewer available that can be used to view the models and drill down into the underlying data.

The IFC concept was originally developed by the International Alliance for Interoperability (IAI), a global consortium of commercial companies and research organisations, including the UK’s BSRIA. With over 650 member companies funding the development of IFC technology this is a truly global phenomenon that UK building services engineers cannot afford to ignore.

The power of the Building Smart approach was clearly demonstrated at a recent meeting of IFC developers in Oslo, where 15 separate software applications were able to work simultaneously with a single IFC building model. These applications ranged from terrain modelling, through geographic information systems and architectural design to building services design.

This ability to share information across such a diverse range of programmes is the result of the data-driven nature of IFC models. Each model is created from a database of information, so any changes to the design are actually made in the underlying database rather than the visible model. When the visible graphic is refreshed, the changes to the database are reflected in the graphical element.

Many government organisations have already recognised the benefits of IFC modelling for activities such as building checking and the US General Services Administration, the largest property services agency in the world, has mandated the use of IFC for all projects from 2006 onwards. Other governments, including the UK, are also giving serious consideration to the introduction of IFCs. Consequently, it is almost certain that submission of an IFC model will provide a quick and straightforward way of proving compliance with the Building Regulations in the future.

For construction design teams, the ability to share information within IFC models is driving a move towards concurrent design, as opposed to collaborative design, so that changes made by one design team are immediately reflected in the models being used by other disciplines.

In practice, this works by storing the building model on a server that can be accessed by all members of the design team via the Internet. In this way, the information is available to all interested parties in real time, and they are all working with the same underlying database. As a result, there is no risk of different versions of the model getting out of sync with each other.

At site level, the model also acts as the central source of information for working drawings, generating these automatically from the database.

What is an IFC model?

Traditional 2D CAD and 3D generic modelling programs represent data in the form of points, lines, rectangles, planes and other geometric entities. This enables them to provide accurate descriptions of the geometry of a space but doesn’t incorporate other information about that space.

In contrast, as noted earlier, IFC models are object-based data models. Those objects can be tangible building elements such as doors, walls, cable trays, control panels, switches etc. Each of these objects will then have certain information embedded in it, which is accessible by drilling down into the information that underlies the graphic of the object. For building services equipment, for instance, this sort of information might include materials, finishes, electrical supply, maintenance schedules etc.

All of these object-based models are then brought together into a larger model that represents the entire building – or models of individual building services items can be added to an existing architectural model. In this way, the information contained within the underlying data of each object is used to define the relationship with other objects. For example, when electrical components are added to the model, the software knows that switches have to be at a certain height to comply with the Building Regulations and will alert the designer if they are located in the wrong position.

This approach also has implications for the calculation side of the design process. For instance, in a traditional 2D or 3D representation, spaces don’t exist as separate entities. They are defined by the walls, ceilings and floors that surround them, so they are clearly visible as spaces, but there is no information about that space embedded in the drawing.

Design is also facilitated by the software’s ability to interpret quickly sketched out service runs, complete with wall and roof penetrations. Then components such as switches, sockets and light fittings are positioned with the click of a mouse. Furthermore, quantities can then be extracted by a click of the mouse, as can the schematic distribution and switch plans.

With an IFC building model, the spaces are separate entities with underlying databases, in the same way as the physical objects such as walls and ceilings. This allows the information relating to the nature of the space to be embedded in the model and easily accessed for analysis without high level calculations.

The benefits of IFCs also go beyond the design and construction phase through to running the building. In traditionally designed projects, much of the information relating to design is lost each time the format of the file is changed so that others can view it. For example, when drawings created in AutoCAD are imported into a building services design package, a lot of the detailed information is stripped out. And this information is lost forever; it will never find its way to the documents that are handed over the client at the end of the project.

With IFC models, all of the rich design data is retained within the model. This information can then by used in downstream applications such as estimating, job costing and construction simulation – as well as facilities management once the building is up and running.

There can be no doubt that IFC modelling is quickly going to become the main method for designing buildings – and not just on large, prestigious projects. The first sensible stage towards understanding them is to download the free IFC viewer (www.dds-bsp.co.uk) and begin to explore the potential. Because not getting to grips with IFCs could prove to be a commercial disadvantage before too long.

Being aware of Cyber Threats