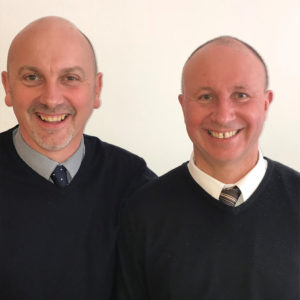 Sales agent Mike Crouch has retired after working with Hamworthy for almost 28 years with Dave Ward, former service engineer at Hamworthy, replacing him.

In 1990, Mike Crouch joined Hamworthy as area sales manager and became sales agent for East Anglia in 2000. He retired at the end of March when Dave Ward took over. Dave joined the company in 1998 as a service engineer and felt he was ready for a new challenge as sales manager.

“It has been great working with the Hamworthy team for such a long time. There are still lots of people at Hamworthy who started with me or even before I joined the company. I would like to thank my customers for staying with me, they will be in very capable hands with Dave taking over my role, given his vast experience working on Hamworthy boilers.”

“I’m looking forward to a career change after almost 20 years as service engineer. I’ve been out visiting customers with Mike for the last few weeks and I will be taking the Hamworthy Stainless Family van on tour of East Anglia in May.”