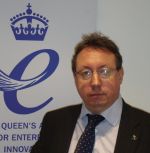 Yan Evans, Technical Director of Baxi Commercial Division discusses whether or not there is a valid argument for a commercial sector heating equipment scrappage scheme along the lines of the proposed domestic boiler scrappage scheme that has recently been tabled as an early day motion by MPs.

Such a scheme could make a significant contribution towards the UK Government’s Carbon Reduction Commitment to achieve an 80% reduction in carbon emissions by 2050. According to the Preparatory Studies conducted for the Eco-Design of Energy Using Products (EuP) Directive, the combination of emissions resulting from the use of energy for providing space heating and generating hot water in all buildings was 24%, with road transport responsible for 25%. A subsequent UK report by the Carbon Trust attributed 40% of UK carbon emissions to buildings.

Measures introduced so far to ensure the commercial sector plays its part in reducing carbon emissions include the Enhanced Capital Allowance (ECA) Scheme coupled with The Energy Technology List, the recently introduced Display Energy Certificates (DECs) for Public Buildings which suggest improvements but do not enforce change, and the Merton Rule which is voluntarily applied in planning decisions by many local authorities to require inclusion of a percentage of low to zero carbon technologies contributing towards a building’s energy generation. However the rule is often interpreted by local authorities in a variety of ways i.e. is it 10% carbon reduction, 10% energy reduction or 10% of the building’s energy from renewable technologies?

The Enhanced Capital Allowance (ECA) Scheme has existed for some years, allowing direct savings for profit-making businesses by reducing the amount to be paid out by way of corporation tax when investing in energy saving equipment from the Energy Technology List. However, not-for-profit organisations such as charities, hospital trusts, educational bodies and all service organisations that fall within the remit of Local Authorities cannot benefit from this provision.

A whole raft of further legislation is being drafted both in Europe and the UK that will impact on the commercial sector, including further revisions to the Building Regulations affecting Building Services design, EuP Directive considerations for equipment manufacturers and suppliers, and the UK Carbon Reduction Commitment requirements for organisations that spend more than £500,000pa on electricity.

Whilst these measures are in an advanced stage of formulation and are set to be introduced from 2011, there are aspects of certain initiatives that will not be fully enforceable for some years.

In the meantime, is there a valid argument for a boiler or inefficient heating system scrappage scheme in the commercial sector that will encourage immediate action?

I believe so, given that only the new build sector is controlled, which represents barely 20% of all building projects. Such a scheme in addition to the existing allowance arrangements would create the opportunity and incentive for the significantly greater majority to replace old, inefficient heating equipment. This would accelerate progress towards the UK achieving significant reductions in harmful emissions.

I also believe that maximum effectiveness would be gained if the scheme applied not just to boilers but to associated heating equipment too, including low to zero carbon solutions (LZC) and heating controls. Qualification could be based on the boiler’s age, which should be marked on the rating plate and whether regular servicing of the appliance has been undertaken by competent engineers. The cost of the scheme could be kept within bounds if it were pegged to the percentage heating capacity of the new boiler or heating system, reflecting the approach of Part L2 A and B limiting plant oversizing to 20%.

Also, it should definitely be available to not-for-profit organisations and the public sector, as these bodies cannot benefit from the ECA scheme. The possibility of generating a form of financial credit could stimulate positive action on the improvement recommendations that accompany DECs.  Councils, educational bodies, hospital trusts, etc. should be able to reinvest this proposed rebate on capital investment for efficient plant on better environment, education resources and patient services. Even where a public sector building, such as a police station, is under 1000sq m so may not have a legal obligation to display an Energy Certificate, the insurance cover may be nullified in the event of damage by fire caused by malfunction of an old boiler that has not been regularly serviced and maintained.

Perhaps most importantly, in the public sector the financial benefits of such a scheme, with its ongoing running cost savings, could be passed on to the residents of social housing. This would assist in bringing down fuel poverty, which is high on the Government’s agenda. This would be feasible, as in multi-occupation residential blocks, owned by local authorities and housing  associations, there is a trend to return to central boiler plant.

I would therefore conclude that it would be valid to propose that a heating equipment scrappage scheme be devised that would initially benefit the public sector. Perhaps a pilot scheme of this nature could run alongside the ECA scheme and the effectiveness of both could be monitored and measured. The uptake of the new scrappage scheme could be compared with that of the existing ECA scheme which would provide the Government with a benchmark which delivers more carbon savings for the money invested with a view to adopting the optimum scheme for all parties.